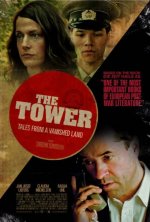 Sinopsis:
Based on Uwe Tellkamp’s acclaimed novel "The Tower: Tales from a Vanished Land," which won the 2008 German Book Prize, "The Tower" casts its gaze on the Hoffman family of suburban Dresden. The Hoffmanns, a comfortable intellectual family-- senior surgeon Richard Hoffmann (Jan Josef Liefers), his wife Anne (Claudia Michelsen), and their teenage son Christian (Sebastian Urzendowsky)— gather often with family and friends for warm dinner parties filled with derisive political banter, live classical music, and spirited discussions. But even for the cultivated few living in the villas of Dresden's noble suburbs, the growing cracks in their repressive police state’s façade begin to take their toll in 1982.

Even as Richard has high hopes and strict demands for the studious Christian, he hides a passionate double life containing shocking secrets that come back to haunt him. Against this increasingly tense climate of fear and mistrust, with the secret police lurking ominously in the background, choices are made and actions taken that have devastating repercussions. As the 1980s come to a close and East Germany’s citizens publicly clamor for more freedom (arriving in the form of the Peaceful Revolution of 1989), the Hoffmann family must come to terms with the lives they’ve lived—lives that have been forever change